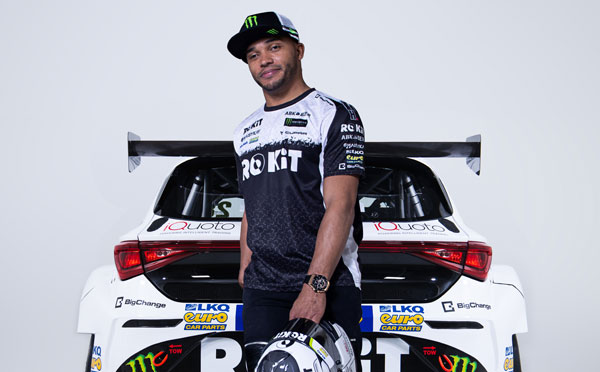 Nic Hamilton, the British racing driver who overcame cerebral palsy to compete in the Kwik Fit British Touring Car Championship (BTCC), is sharing his story with thousands of young people at schools across the North of England to help them develop new skills and a positive mindset.

Nic, brother of seven-time Formula One world champion Sir Lewis Hamilton, was diagnosed with cerebral palsy aged 18 months. His parents were told that his eyesight was extremely poor and that he would never walk. Despite being a wheelchair user as a child, he was determined to overcome his condition and became the first disabled athlete to compete in the BTCC in 2015.

The educational initiative was the brainchild of Martin Port, entrepreneur and founder of BigChange, a Yorkshire-based company whose technology is used to manage 1,500 mobile workforces worldwide, and organised via Business in the Community’s National Business Response Network. Nic has served as a BigChange ambassador since 2018, and the company has sponsored his drive in the BTCC since 2019.

“Your ambition is limited only by your attitude. My life has taken me from a wheelchair to the pinnacle of British motorsport and proves that pretty much anything is possible. I am delighted to be involved in this great project and hope it will help and inspire as many students as possible.”

“Nic is one of the most inspirational people I’ve ever met and shows that determination and a positive mindset can help overcome significant life challenges. Young people have put their lives on hold over the last year in the fight against Covid, with a huge impact on their education and mental health. If just one person is inspired to aim higher or helped to overcome difficult circumstances by this initiative it will have been worth it.”

Heather Murphy, Senior Lead for the Northern region at Business in the Community, added:

“COVID-19 has had a huge impact on young people across the North of England. And for Nic to have these sessions with the Tong Academy and other schools in Blackpool, Sheffield, Rochdale and Bradford will make a huge difference to the young people who attend. It was wonderful for BigChange to suggest Nic Hamilton for these sessions and we wish to express our gratitude to Nic for inspiring local students with his story.”