Leeds United and the halo effect

The fortunes of local businesses have always been inextricably linked with football.

There’s a certain magic that happens when a city’s economy thrives and the local football team is at the top of its game. It’s as though the success of one magnifies the other.

I’ve been thinking about this a lot. After 16 long years, Leeds was finally promoted back into the Premier League on July 17th. This was a momentous occasion for me, both as a lifelong Leeds fan, but also as an entrepreneur.

Throughout my whole career, Leeds United has been a partner in my success. When I was staying in a small hotel in Serenje District in Zambia, the gentleman at reception had not heard of Leeds – “But I know Leeds United,” he said. At meetings in Israel, saying that we were based in Leeds became a major advantage when everyone realised that our local team had featured sporting legends like Jack Charlton, Billy Bremner, Gary Speed and Norman Hunter. 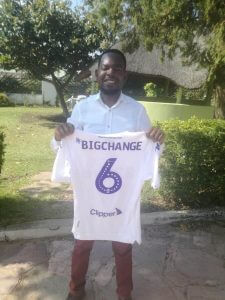 It’s a strange but powerful phenomenon: BigChange is all the richer from its association with Leeds United. Even during the darkest days at the club, when fans were chanting, ‘We’re not famous any more’, we were still trading on the longstanding value and currency generated by United. The name Leeds United is a form of free advertising, and a helping hand when doing deals with anyone who has a passing interest in football.

This is why I’m so proud that BigChange is now a Gold Digital Partner at Elland Road. Our logo is projected onto the field, and we will be back in the box supporting our team as soon as lockdown rules permit. Customers are already getting in touch, asking to come and watch games with us later in the year or in 2021. It’s an unrivalled opportunity to network; everyone in the room is united by their love of the beautiful game.

The Premier League creates an enormous amount of value for the UK economy. Each year, the League brings in an estimated £7.6bn through ticket sales, jobs, brand value and taxes. No one has analysed the economic impact of Leeds United in recent years but it is estimated that Manchester United generated £330m a year for Manchester.

Andrea Radrizzani’s full takeover of Leeds United in May 2017 brought a real buzz back to the game, and the city. Leeds United has pulled off an extraordinary turnaround to be back in the top flight. Right now, I can feel the renewed hope and enthusiasm in my bones.

It gives all of us Yorkshire leaders a boost, and a feeling that we too can achieve anything. Amidst all the gloom, it’s a shot in the arm.

Let’s keep marching on together.