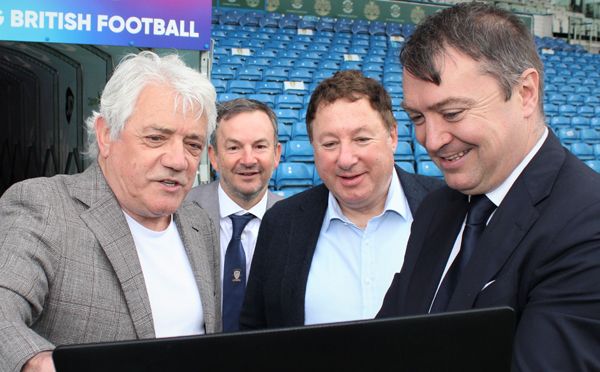 He joined BigChange founder and CEO Martin Port, and Leeds United’s Head of Commercial Stuart Dodsley to discuss how his experience could help business leaders to build back stronger post-Covid.

Together, they talked through their experiences of motivating people when times were tough, embracing diversity to build stronger teams and how they stayed agile to grow during uncertainty.

Kevin Keegan OBE (KK): If there’s one thing that’s come out of it for me, it’s that if you ever think that football can manage without supporters, just look at what we’ve seen over the last year, where we’ve had stadiums empty and the football isn’t as good. The demand on the players is normally from the crowd. But you’ve got to build from within and that’s what I did at Newcastle. I started to look at everybody, demand more from them, because everyone’s got a little bit more in them than they believe. I honestly think that.

Stuart Dodsley (SD): It’s all about the manager and how he brings them together and generating that culture of success.

KK: Sometimes it needs people to just drag it out of them and give them the confidence.

Don Revie was my manager with England, he was the biggest enemy in the world when played Leeds. But when I got to know him, one of the really great people I met in my life.

Martin Port (MP): Obviously you need a vision, and then bringing together a great group of people.

KK: Sometimes if it’s coming from a voice that’s been there and done it, they take a bit more notice. We often played with a team of 11 players, every one of them from either France, Ghana, it could be Romania, I never had a problem between two players because of where they were from, or what their beliefs were. That guy next to you, you need him.

When you looked at the Leeds side, I always used to think ‘this is going to be the toughest game of the season’, whether with Reaney, Cooper, Yorath, they were all just such good players.

SD: Thankfully, now we’ve got stable, fantastic ownership that develops an ethos and a culture of success. And then when you bring in new people into your culture, they can adapt into that culture, and bring their values and cultures in. But then you keep your business ethos, at the core of it.

We want people to have that hunger, our sole mission is customer success. We’re absolutely passionate to make sure our customers get the best out of what we’re providing them. And you know, they rely on us.

Don Revie was here, wasn’t it, when I mean, they were just a fantastic side and that’s the sort of standards they’re trying to live up to now, isn’t it?

KK: You’re looking for leaders, that’s the key in football and that’s the key in any business. And they say “look, this is the way it is at this club” and when new guys come in then to a club that’s run properly, they straight away, from day one, know what the rules are.

They don’t need a piece of paper saying what they are, they’re told by the senior players “we don’t do that here.” You get your players to run it for you, if they’re running it for you, and they care that much about it, then you can trust them to do all the other things on a football field.

KK: It’s this year, it’s a bit like business, you know, it’s not good saying “in five years time, we’ll turn a profit,” you know, you need to find out how you can turn that profit as quickly as possible. Because, you know, you might not get the five years.

KK: You’ve got to go in and say “right how do I sort this out,” you know, “how can I get the best out of this group of players? And what do we need to make us better?” And that’s what businesses do. You’re taking on guys who can do that job and take this company to another level, because they’ve got the expertise that you don’t have.

MP: If somebody says “it can’t be done”, I’m going to smash that wall down. KK: Well, that’s what’s fantastic about the guys we’ve got on Zoom here from the different companies. Basically, it’s the same as football, they’ve been confronted with this massive problem and instead of saying “wow, you know, what do we do now?” [its] “what can we do and where can we gain from that?” And I think that is what makes us as a nation, not just talking about football here, but as a nation we’ve, yes, we can take the blows but we bounce back from them.