CEO’s Blog – I, survivor of the office move 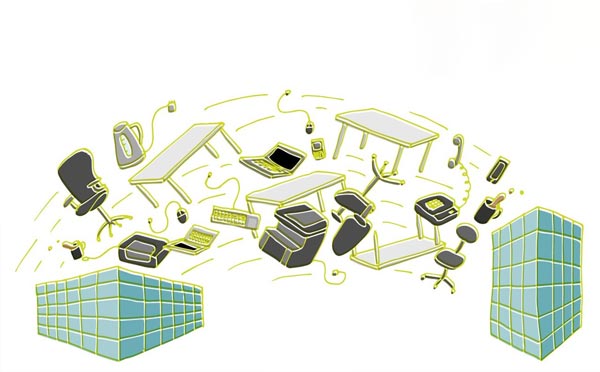 Each time has been more painful and expensive than the last but this latest relocation – a stone’s throw from our last site – is more than just a new address. It’s a new chapter for BigChange.

We’ve invested in a lot more space, giving us the room to grow from 80 people to 150. The building is bright, painted white, and tastefully decorated. It’s the kind of place I’d been happy to invite any customer – from a small business owner to the chief executive of a FTSE 100 company.

In total, I’ve spent nearly £250,000 on this move, which has taken about three months to arrange. Having survived this hugely stressful process – which is second only to moving house – I thought I’d share a few lessons that I’ve learned along the way.

Negotiate your heart out

If you are signing a five-year lease, you should be able to negotiate for 20pc off the rental price. This will cover all the money you’ll spend on the fit out and relocating all your employees and IT. I think this is pretty standard, and most landlords are willing to offer this as a rent-free period at the start of the lease.

When you are moving office, you could be entitled to a rates holiday of up to six months. We have now vacated our last building, although we still own the lease till January. So we called the council and took advantage of the rates break, which means we’re slashing that overhead by half. We’re also deferring rates on the new building until we’re fully moved in, which will be towards the end of September.

There are two reasons to avoid long-term leases. First of all, you don’t know how quickly your company could grow over the next few years. Five years is probably the maximum you can plan for with any accuracy. Also, a long lease is a liability that weighs down on your business. If you want to raise or borrow money, a 10-year lease could make you less attractive to backers. 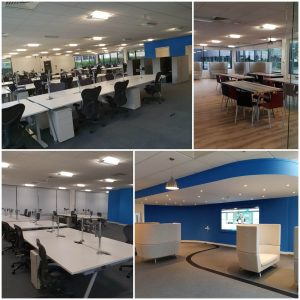 I want my people to feel comfortable at work. It’s important to me that feel their best. That’s why I decided to buy in top-of-the-range Herman Miller chairs to ensure that everyone is sitting comfortably at their desks. But these chairs are not cheap… they can cost £1,000 a pop. This is why we found a company to source them second-hand, slashing the cost by at least 75%. 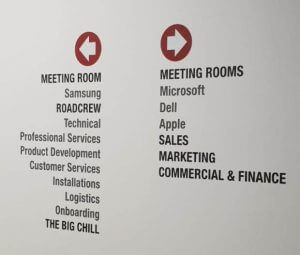 We have created an open-plan office here, which means all our desks are on show. We’ve invested in new desktops for the whole team but used the same second-hand sourcing partner to get the bases for us. An added bonus: these desks are adjustable so that my colleagues can choose whether to sit or stand.

Create a space that works for you

The new office has been crafted around the needs of our people. It is open plan but has secluded pods for when individuals want to call customers without being distracted. We have bought in two amazing coffee machines, and created a chill-out area, which feels a bit like our own Starbucks. We have also invested in frosted windows. We’re on the ground floor and the new rules around GDPR mean that we have to ensure there is no way passers-by could glean customer data through our windows.

We opted for a move that was about half turnkey solution – managed by the landlord – and half sorted by us. It was the best way to ensure that the office looked and felt exactly as we wanted it to. About a quarter of our budget went on technology – sorting out the internet, installing the right cables etc. Another quarter went on desks and furniture. A quarter went on partitioning and painting the walls. The final quarter was spent on presentation, everything from the signage to our video wall, which will be used for demonstrations. A local artist, created our signage. It’s cool but understated and we love it.

We didn’t try and move everyone to the new office overnight. We moved one department at a time, starting with the teams that have the least direct contact with customers. It was incredibly important to me that BigChange’s day-to-day business was not disrupted by this move. By the time we moved our customer service team, we knew there were no glitches, the wifi was up and running, which meant there was a seamless transition.

We’re all moved in to the new premises now, so why not stop by for a coffee and a look around? We’d love to see you.