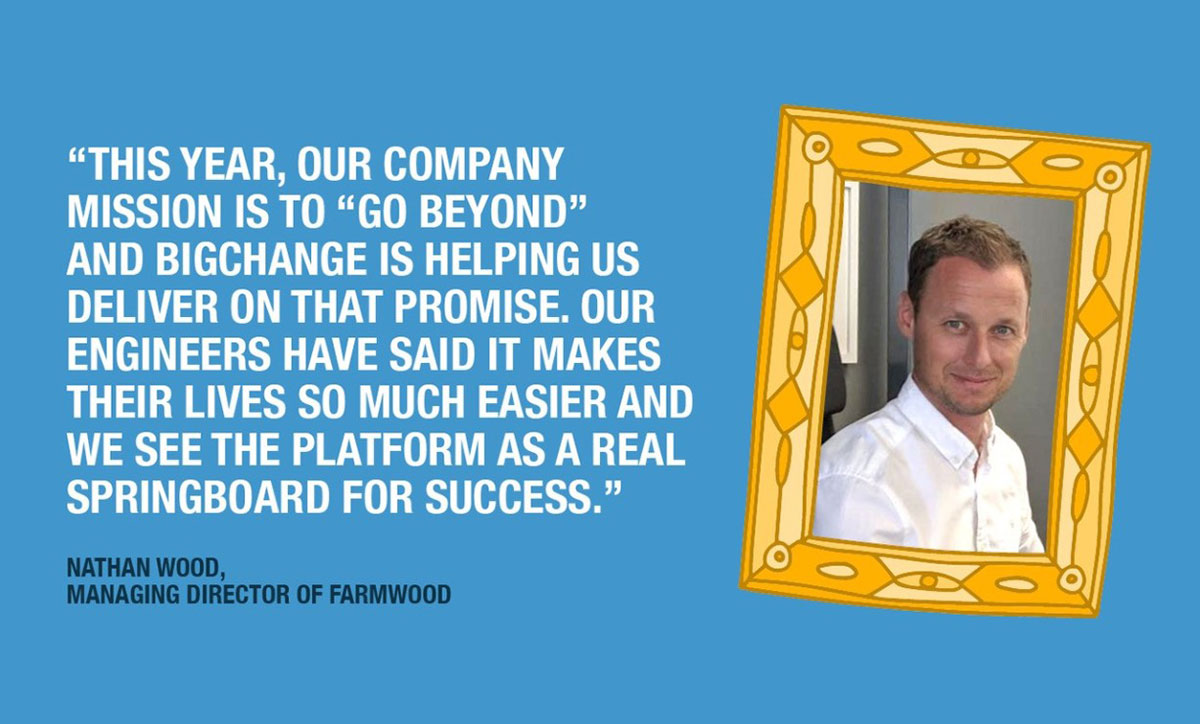 One of the advantages of doing the right thing in business is that, even if it takes a while for the market to catch up, you know that one day customers and partners will truly value your approach and offering.

This has been my experience in all my ventures. Whether I was encouraging people to slow down on the roads to save lives, or to eliminate paper and slash emissions with BigChange, sooner or later, the world catches on and your service becomes indispensable.

Nathan Wood is a fellow entrepreneur on a mission. His goal: to improve the air quality inside buildings. He is the managing director of Farmwood, a ventilation specialist serving customers nationwide. The business has been going for 20 years and is an industry pioneer.

“People tend to take it for granted that the air they breathe inside buildings is safe,” Nathan explains. “But the issue is that you can’t see, smell or taste some of the bad stuff. It’s not like turning on the tap and seeing brown, smelly water coming out – you wouldn’t drink that. But in some buildings, people are breathing in carbon dioxide that has been inside other people four times over.”

The global pandemic brought this issue into the mainstream as businesses began investigating the issue of ventilation. “Most buildings have a co2 monitor today because it’s a proxy for Covid risk,” Nathan says. “And most people know now that the office afternoon slump, which people used to think was caffeine wearing off or the effect of a late night, is actually due to the amount of co2 concentration in the building.”

Farmwood was set up by Nathan’s father Dave Wood in 2002 – Farmwood is an amalgam of Farmer, Nathan’s mother’s maiden name, and his own surname. Nathan, whose background is in heavy industry and machinery, joined the business nine months in, starting at the bottom. “I went on the road as a technician,” he says. “People didn’t know I was related to Dave – I didn’t want to be seen as the snotty-nosed governor’s son.” As the company grew, so did Dave’s responsibilities. “We were in the right place at the right time with the right mindset and culture, so customers found us,” he says. He became Managing Director in 2017.

Farmwood is one of the UK’s few ventilation specialists – most rivals offer it as a bolt-on service. This has given it real clout in the marketplace. “We had a look at our key searches and found that people aren’t searching for ‘ventilation services’ when they come to our website. They are looking specifically for Farmwood, which is a testament to our brand awareness,” says Nathan.

Farmwood recently implemented BigChange. “Every year, we have a new mission statement – last year it was ‘own it’ and this year it is ‘go beyond’,” says Nathan. “BigChange is helping us deliver on that promise. Our engineers have said it makes their lives so much easier and we see the platform as a real springboard for success.”

“They were spending a lot of time on the admin for each job but with BigChange it’s so much more efficient, more professional and easier to use on the go.”

Farmwood is at the forefront of a movement to modernise the UK’s ageing housing stock to help the nation meet its net zero commitments. Nathan is working with the Building Engineering Services Association (BESA) to help spread awareness of the Building Safety Act 2022. “It’s the biggest reform to building safety standards in a generation,” he says. “It changes the way buildings are designed, built, and maintained in the wake of Grenfell.” With Cop27 currently underway, the issue of how we design the buildings of the future to meet our climate goals is front of mind for many.

Ventilation has a big part to play in the evolution of building safety: “More people in Grenfell died of smoke inhalation than the fire itself.” It is estimated that 80% of the UK’s existing housing stock will still be in use by 2050, the UK’s net zero deadline. It will cost between £30bn and £50bn to bring public buildings in line with modern standards and compliance.

Farmwood’s dedication to improving air quality puts it in prime position to help the UK make this transition. After 20 years of solidly banging the drum to raise awareness about co2 and air quality, they are poised for extraordinary growth – and this team really deserves it. Remember: do the right thing and the rewards will come.