Why the Queen is an entrepreneurial icon 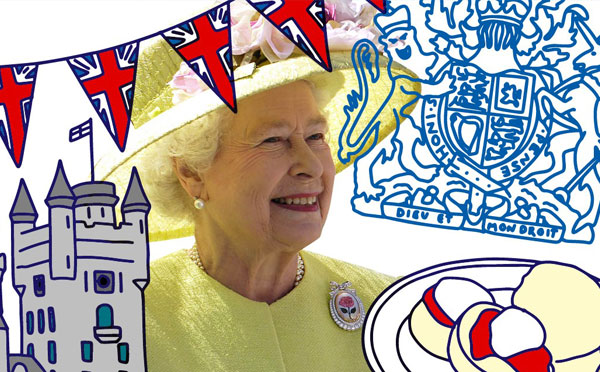 I’d like to tell you a bit about why I believe the Queen is a true inspiration to all entrepreneurs.

I am a royalist through and through. I know that not everyone feels the same way, so this is a fair warning in case you want to click away now.

It all started when I was six years old. I was in Aberdeen with my parents, who were working up there, and the Queen’s yacht, the Britannia, sailed into the harbour. She stepped off the gangway and I caught my first glimpse of her. That was back in 1968.

Over the years, I have followed her exploits – both as a supporter of entrepreneurs and as an entrepreneur in her own right.

Whether it’s through the Royal Warrant – a mark of Royal approval given to small artisan brands and major corporations like Kellogg’s – or through her Queen’s Awards for Enterprise, which recognise the companies that are changing industries and driving value for the UK economy, the Queen’s support for entrepreneurial endeavour is clear.

The Queen brings value to the UK economy

The value that she brings to the nation in terms of tourism – estimated at more than £500m a year – and as an ambassador for British brands is extraordinary.

Many people underestimate her business acumen, but the Queen runs a multi-billion pound business, which is made up of property, trusts, leisure attractions and farms. It is estimated that her property assets alone are worth around £13bn – these include Regent Street and Ascot.

You could argue that it’s easy to make money from inherited wealth but her estates at Sandringham and Balmoral are profitable enterprises in their own right.

The Queen has chosen to grow organic produce, such as wheat and oats, rent out cottages to visitors, run tea rooms, open farm shops, and even licenses the rights to the artwork and photography in the royal collection.

I would like to add that while the Queen isn’t required to pay tax on her earnings, she voluntarily pays both income tax and capital gains – as does Prince Charles.

The Queen is an asset to the UK’s business community

I’ve been lucky enough to meet the Queen on a couple of occasions. Back when I ran a bread business, I won the contract to deliver to the newly-opened Royal Armouries Museum in Leeds.

At the launch event, I pushed my son Ben to the back of a line of dignitaries who were meeting the Queen. She wished him a happy birthday – he turned 10 that day.

I was so impressed by her quiet gravitas as a leader. I got the impression that if she wasn’t a reigning monarch, she’d be running a multinational operation.

When BigChange won a Queen’s Award in the Innovation category a few years ago, it was the highlight of my entire career. That award is the greatest accolade given to a British business – it’s like being knighted as a company.

I cannot quantify the impact that award has had on BigChange, from the impact on morale to our ability to win bigger contracts and clients.

As we celebrate 70 years of the Queen’s rule through the Queen’s Platinum Jubilee 2022, hanging bunting and baking cakes, I will reflect on the impact she has had on my life as an entrepreneur.

I truly believe she is a national treasure, and an asset to the UK’s business community. God save the Queen.