Is lack of sleep affecting your decision-making? 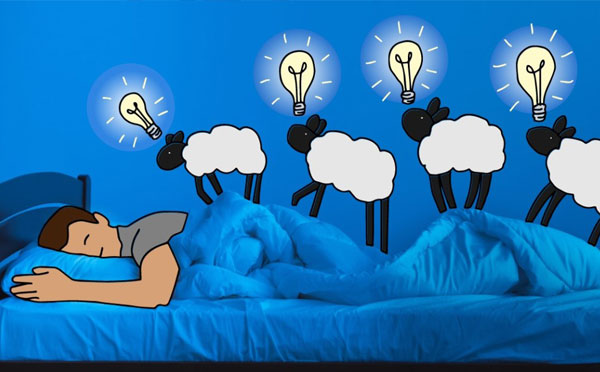 21 January 2021 – Like many entrepreneurs, I don’t sleep much. For much of my life, I have lived on about five hours a night.

Like many entrepreneurs, I don’t sleep much. For much of my life, I have lived on about five hours a night. Back when I ran a bakery business, I would get four (if I was lucky). You’re always up before dawn when your customers serve your bread at breakfast.

Last night, I had to work late and finally turned in at 2am. When my alarm went off at 6 this morning, I thought, ‘Just 15 minutes more’. I finally woke up at 8.15. When I realised that I’d slept in, I felt guilty about my wasted morning.

When I went to take a shower, the answers to several questions I’ve been wrestling with just popped into my head (including the topic of this particular blog). It was an important reminder of the vital role that rest plays in business performance.

For as long as I can remember, there has been something of a stigma around sleep in business. Entrepreneurs who survive on a few hours a night are praised as go-getters; presumably those who get a full eight hours are the opposite? Yet we are learning this is far from the truth.

Research from the London School of Economics found that when entrepreneurs are deprived of sleep, they are more likely to “experience more stress, have negative feelings and emotions, and be in poor health”. When the mind is stressed, it cannot perform to the best of its ability.

One study from the University of Florida found that business owners’ ability to make good decisions and spot business opportunities is severely hampered by a lack of sleep – the research made a direct correlation between rest and entrepreneurial performance.

I realised recently that I never make important decisions on a Friday – not if I can help it, anyway. By Friday, everyone is usually worn out from a busy week. I have known – albeit subconsciously – that when I’m tired I don’t make the best decisions but it’s been interesting to see this hunch corroborated by science.

Everyone is different and I’m lucky that I need less sleep than the recommended eight hours. But I do still need my downtime. It’s been a blessing that my faith requires me to observe the Sabbath. That is when I catch up on a lot of my rest after a busy week.

Working from home has brought many challenges over the past year but losing my daily commute has also meant more time to rest in the mornings. I’ve gotten used to six hours sleep a night these days. I wonder how I’ll go back to five…

I’ve noticed that now I’ve given myself permission to get more sleep, I’m putting less pressure on my team. I used to schedule meetings from 7am each day. If someone wanted to catch up, my question was, “How early can you do?” Now my first meeting is usually at 9am, and I think it helps that no one feels rushed through his or her morning coffee.

It’s important to set an example to your people, as a manager and business leader. It is only when you prioritise your health and rest that your team will do the same. This could have a dramatic impact on the performance of your company: one study found that 2% of GDP is lost because employees aren’t getting enough sleep. In the UK alone, we lose 200,000 days of work a year (or £30bn) to lost sleep.

When you are resting, you are actually giving your mind the space to work on complicated problems. This was proven by a study from Lancaster University, which gave subjects a series of problems to work on. One set were shown the problems before bed and then asked to answer them the following day. The other set had to answer the problems immediately. The group that was allowed to sleep before answering performed markedly better than the second set.

So, if you want to be the best entrepreneur and leader you can be, forget the old adage “you snooze, you lose”, and “sleep on it” instead.