Every entrepreneur wants to give up sometimes 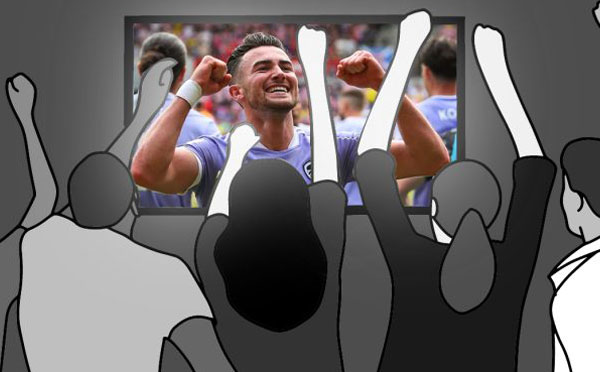 Nobody starts a business expecting half of the curve balls that come their way. I should know. I’ve done it three times.

However hard you try, there will be times when you feel that the whole world is against you. When you can’t see a way forward. When, frankly, you want to throw in the towel.

But the mark of a true entrepreneur is that, despite these feelings, you find the grit and resolve to push forwards and find a solution to even the most impossible problems.

I was reminded of this when watching the football this weekend.

Like many of you, I was glued to my screen on Sunday when both Leeds United and Manchester City pulled off staggering turnarounds.

The parallels between business and football

Those of you who have watched my Secrets of Leadership series with Kevin Keegan OBE know that I see many parallels between business and the beautiful game and this was one of those times.

Leeds United was third from the bottom when it went into the match against Brentford, the last match of the season. The team had to win or risk relegation. In the 93rd minute, Jack Harrison scored the goal that ensured Leeds’s place in next season’s Premier League.

What an incredible moment to witness – especially for a die-hard Leeds fan.

As for Manchester City, the team lost ground against Aston Villa, and seemed set to lose. But manager Pep Guardiola refused to give up, and embarked on a bold strategy, bringing on new players who ultimately helped City beat Villa, 3-2.

Both Guardiola and Leeds’s manager Jesse Marsch found the strength to fight back just when victory seemed impossible.

I found that incredibly inspiring – and a timely reminder of what it takes to be a great leader.

The power of teamwork when solving problems

They brought me back to the power of teamwork when it comes to solving problems. If you surround yourself with great people, and let them come up with solutions too, motivating them to be the best they can be, you can get through anything.

This absolute focus on a team mentality was evidenced after the Manchester City match, when everyone from the squad and support crews flooded onto the pitch. Even the guy who washes the team’s kit came out.

That business appreciates everyone who helps the team win, from the most junior to the top brass.

These matches helped me to remember that even though it’s a tough trading environment out there, with lots of economic strife coming down the road, it’s not about getting weighed down by the problems; you must focus all your energies on solutions.

This was the very reason I started BigChange in the first place. To use technology to help businesses of all sizes survive downturns and difficulties because our technology brought them unrivalled efficiency.

In business, you never back down from a challenge. You just keep on fighting until you find a way through.

At BigChange, there’s no problem we can’t solve if we work together, and value one-another’s insight and experience.

There are 260 brilliant people at BigChange, and everyone has played a crucial part in our success.

One thing’s for certain, like Marsch and Guardiola, I’m never going to leave the pitch without a win, and neither should you.