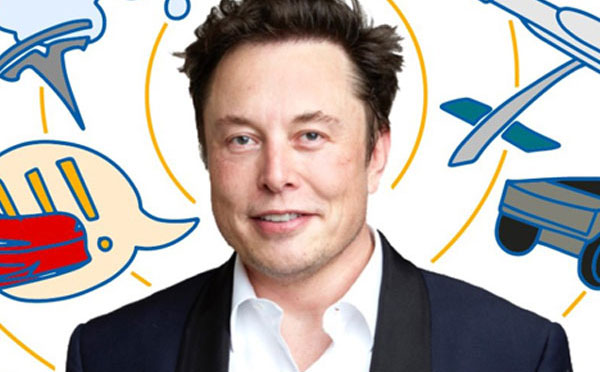 “Look, I know I sometimes say or post strange things, but that’s just how my brain works. To anyone who’s been offended, I just want to say, I reinvented electric cars, and I’m sending people to Mars in a rocket ship. Did you think I was also going to be a chill, normal dude?”

Elon Musk stunned viewers with his opening speech on Saturday Night Live last year. The Tesla boss talked about having Asperger’s and his attempts to run “human in emulation mode”. It was an interesting insight into the mind of the man who has become the richest man in the world.

I knew very little about the tech billionaire until recently, when I watched a Netflix documentary about him, and started to consume as much media as I could about his journey, like this interview on the FT.

Before this research, I thought of him as a Twitter-obsessed genius, who challenged Vladimir Putin to “single combat”.

Now, I think I have a more rounded view of him as a man and an entrepreneur, and it got me thinking about how quick human beings can be to dismiss those whose behaviour seems strange or erratic.

Elon Musk is a visionary

The underlying truth about Elon Musk is that he is a renegade and an independent thinker, who does things in his own idiosyncratic way.

He is trying to make many positive changes in the world, whether that’s reducing road accidents through driverless cars, minimising our reliance on fossil fuels, protecting human livelihoods from the artificial intelligence revolution, or helping civilians trapped in war-torn Ukraine.

Those are the things that should matter now – and will matter when he is remembered in history books, not whether he’s tweeted a dumb meme.

I’m no Elon Musk but I am also what you might call “a character”. I have my own ways of doing things, I like to take action today – never tomorrow, and I like to question why things are done the way they are.

Why can’t we do it better? Over the years, this has certainly rubbed people up the wrong way and I understand why.

But if people knew me better, they would see that I’m not so eccentric after all, I’m just absolutely committed to customer service, continuous improvement, and trying to be a good person.

We should celebrate the renegades

I think that society needs to learn to be more accepting of renegades.

No, I want to go further than that, we need to celebrate them and stop trying to limit or ridicule the scale of their aspiration. We need to judge people on their actions, not their words. We need to try and form opinions more slowly, with greater care.

Now, when I think about Elon Musk, I don’t think about the time he smoked a spliff on the Joe Rogan show, or those strange tweets when those boys were trapped underground in Thailand.

Instead I see someone whose vision and aspiration eclipses everything else. Someone who will make an indelible mark on human history for all the right reasons.

So let’s all try and be a bit more Elon.