CEO’s Blog – Why I love Mondays 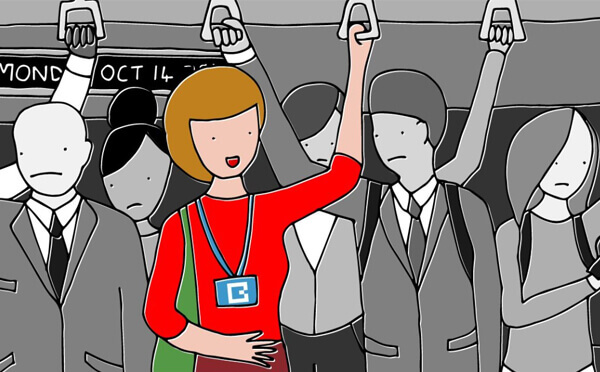 Mondays get a bad rep but here at BigChange they are everyone’s favourite day of the week.

That’s because of our regular “Motivational Monday” initiative. Once a month, we invite someone exceptional from the world of sport or business (or anywhere really, as long as they are inspiring) to come in and talk to the team, share their stories and give advice.

Last week, we had Sharron Davies MBE in the office. She represented Great Britain in the Olympics and won a silver medal for the nation. She told us about how arduous training was – getting up at 5am and eating just a single meal each day to stay lean – and how hard it was to survive as an athlete in the old days, before sponsorships deals and TV contracts. It was just fascinating to hear her story.

Last month, we had Mr Motivator, the legend from GMTV morning television. He revealed that he’d been homeless for a time but managed to turn his life around. Other noteworthy speakers have been: Kevin Keegan OBE, football star and manager; Gerald Ratner former CEO of jewellery chain Rateners; Olympic gold medallist Sally Gunnell, the model turned entrepreneur Caprice; the racing driver Nick Hamilton; John McCarthy, who was taken hostage while reporting the crisis in Lebanon; and Mike Newman, who broke the land speed record despite being blind, and has founded the charity Speed of Sight. These are just a handful of the incredible people that have come into the office and chatted to the team. These are small sessions. We can ask questions and have a coffee together – it’s really an amazing thing to do.

We set aside a significant budget to get these people to come in and talk to us but it’s money well spent. Not only do these stories inspire the existing team, it’s also one of the reasons we successfully hire so many great new people. These Monday Motivations also pick me up when I’m feeling tired out or low. I’ve learned something valuable from every single person that’s come and given a talk. Sometimes it’s just a reminder of the importance of tenacity. Other times, I get more practical help: Mr Motivator gave me a few tips on how to sit and stand that help my posture, and I follow that advice every day.

At BigChange, we want to change the perception of Mondays. That’s why we make it possible for people to meet their icons at Monday Motivation. It shouldn’t be a drag to go to work; it should be a joy.

What are you doing to make Mondays better for your people? Let me know in the comments below.