CEO’s Blog – Getting to know me 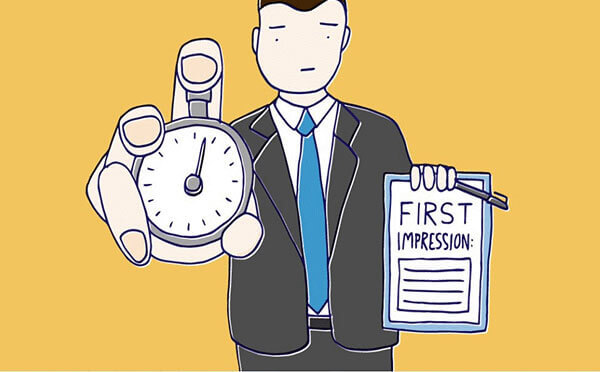 Did you know that it takes just one tenth of a second for someone to decide whether they trust you?

They have reached that verdict before you’ve said a word, just based on a snap judgement about your face, clothing and body language.

I was thinking about this recently, and wondering about what kind of impression I make on people when we first meet.

I should say: this didn’t come out of nowhere. A colleague I know and like recently described me as ‘mercurial’. This isn’t a word you come across every day, so it stuck with me.

There are two interpretations of ‘mercurial’, according to the dictionary. One is “often changing or reacting in a way that is unexpected” and the other is “lively and quick”. I have a feeling this person meant the former…

I don’t want to come across as inconsistent or make people feel they don’t know where they are with me, so I began talking to people around me to gauge their impressions about me.

This isn’t just me being self-indulgent. I genuinely want to know how I come across. I also believe that by sharing these observations in this blog, people will know what to expect when they meet me. And perhaps this will make it easier for us to get along.

I first spoke to Jane, who is an incredible event organiser, and works for BigChange. She laughed at the question but said that I wasn’t changeable or inconsistent – thanks, Jane – but that she can understand why someone would say that. Oh. Great.

“You carry a lot of information in your head,”

“You’re dyslexic, so you don’t write anything down. Instead, you’re constantly making mental lists.”

“It’s a lot to process, and you jump from topic to topic quite quickly. It can be hard to follow but I’m dyslexic too, so I totally get it.”

“It means that you are unpredictable in that you never know what you will say next but, as a person, you are far from unpredictable. You are consistent in everything you do.”

“You can shout and scream one minute and be completely calm the next. You’re the kind of person that will immediately verbalise any anger or disappointment but will not hold grudges. Once that moment has passed, you will be absolutely fine. Some people find this hard to handle.”

I think in entrepreneur circles, we call this “passion”. Joking aside, I can see that this might be hard to process if you don’t know me well.

“You are a very good person to work with. You are extremely commercially savvy and understand people very well. Although you can be tough to work for and do expect perfection and zero mistakes, you are also an incredibly kind boss. There are countless times I’ve seen you go over and above what any other employer would do for your team. If somebody is unwell or having a personal problem, you will do everything in your power to resolve it for them – even if it’s at your own expense.”

Charlie, who works in sales, thought I was having him on when I asked him to:

“be honest. Tell me what you really think.”

He was diplomatic, as you would expect from someone who is customer facing and negotiates every day. He called me “unique”, which I think means I’m not your typical boss (which could be good, or bad).

“You are hard working, an entrepreneur, a tough taskmaster, full of confidence and very positive,”

he said. All true.

But when I asked how his impression of me has changed over time, he surprised me.

“I think the main thing I’ve learned that I didn’t know from the off was that you are a generous family man and loyal to your colleagues.”

So there you have it. If we haven’t met yet but are likely to in future, be prepared. I may have a different approach, my thought processes may be a little chaotic, I am an emotional man, but take the time to get to know me and – hopefully – you’ll see that it was worth spending more than one-tenth of a second to make up your mind. Or maybe I’m just mercurial after all.