CEO’s Blog – Dear Boris, why haven’t you closed our airports? 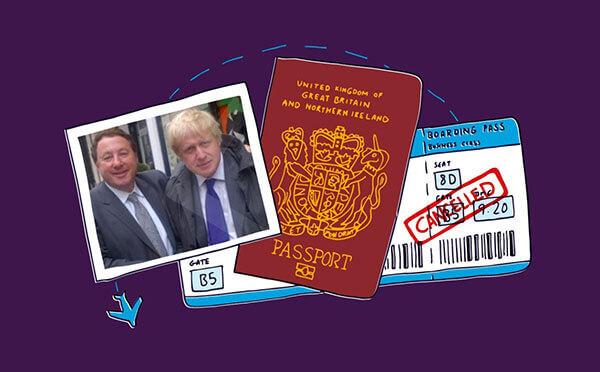 This is an open letter to Boris Johnson.

You need to close airports now.

It’s not enough to say they may close in future. People from infected countries are still flying into the UK, increasing the risk of a second wave of COVID-19.

The decision to keep airports open throughout this pandemic has put the nation at risk. I’m sure that you had your reasons – even though we are one of the only countries in the world to have done so.

Perhaps, amidst the threat of recession and the uncertainty of Brexit, closing borders entirely seemed foolhardy? Whatever the motive, you need to change course now.

The situation in airports is extremely dangerous. I, like many people, am shocked by the absence of any health checks for incoming visitors. Airport staff have only recently been issued with any kind of protective masks or clothing. Many UK airports aren’t asking for those travelling to wear masks or gloves. How can this be?

The new two-week quarantine for new arrivals to the UK seems to be entirely optional. Other nations have taken a different stance. In Israel, incoming travellers are quarantined in an airport hotel for two weeks, confined to their room, and brought three meals a day, to protect the local people from infection.

Right now, the infection rate has dropped significantly in many cities across the UK. This has only been achieved through massive sacrifices on behalf of the British people, who have stayed home, gone without seeing loved ones, and lost income – or even their entire livelihoods – to reduce the spread of the virus. Lockdown will have been for nothing if there is a second wave.

At Heathrow alone, there are still 60 flights landing daily. This is just 10% of the usual number but still means that hundreds of people are arriving in Britain – many from countries that are still battling the virus. It is estimated that 42,000 people from overseas have flown into the UK since the pandemic started; this figure excludes the 53,000 British nationals flying home.

We are an island nation. This has been a huge advantage over the years, ensuring our survival during World War II. Why aren’t we closing borders now?

I understand that airlines have been badly hit by this crisis. Surely a handful of passengers won’t make much difference? These companies are generating more income from using the airplanes for freight at the moment, so why not stop all passenger travel?

The economy is so fragile. Seven out of 10 British firms have furloughed staff. Pay is falling fast for those in work. Many people are facing a jobless future as growth stalls in most businesses. A second round of infection will do extreme damage. Not just to our economic prospects but also to our national spirit. It will be so much harder to come back from a second wave.

Please do the right thing, Prime Minister. Shut the airports.