CEO’s Blog – Careful who you trust, Chancellor. There are wolves out there 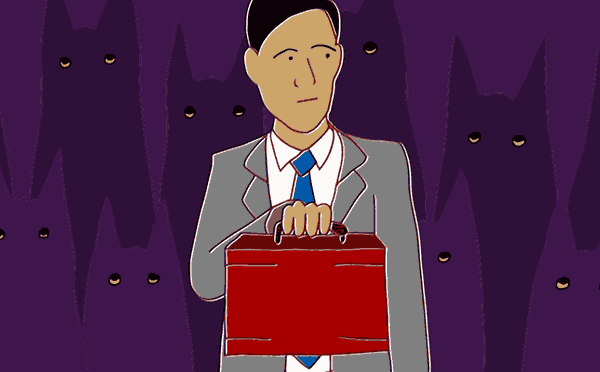 Difficult times can bring out the best in people.

During this pandemic, we have seen kind people helping their neighbours, brave workers risking their lives to serve the nation, selflessness, and discipline. But trouble can bring out the worst in people too.

During World War Two, there were many examples of resilience, fortitude and the famed “Blitz spirit”. However, crime also surged. Looting and racketeering were rife. Between 1939 and 1945, crime rose from 303,771 offences to 478,000, according to official figures. Where some see an opportunity to give, others see the chance to take.

It saddens me that many individuals and businesses are going to abuse the COVID-19 financial support during this pandemic. The government is making billions of pounds available to help the people and companies who are truly in need but some may see this as a free-for-all.

It was reported that Victoria Beckham, who has an estimated fortune of £335m, has decided to furlough 25 of her staff and take advantage of the government’s Coronavirus Job Retention Scheme. You have to wonder whether she really needs to use government money to pay those wages?

Other so-called “British” companies that off-shored years ago – and pay no tax here in the UK – are asking for government bailouts. It beggars belief.

The emergency funding has been set aside to safeguard the future of this economy. It’s not lottery money. We, the taxpayer, will ultimately foot the bill.

BigChange is a young, growing company yet we have decided to shoulder the majority of the financial burden of coronavirus. We are using our own cash – carefully saved in the business – to survive, rather than accessing emergency loans from the bank. Many businesses are choosing to take out loans, even if they do not need to, or have no plans to pay the money back.

This is why I am calling on the Chancellor to think carefully about his next steps. Right now, it seems that Rishi Sunak is pressurising the banks to approve every single loan application that comes in.

There needs to be accountability. Business owners should only take money if they need it to keep paying suppliers and staff through the next few months – and only if they truly believe they stand a chance of surviving and paying it back.

The government has also turned into a venture capitalist, pledging £500m in a co-investment fund to support start-ups. A further £750m pot has been created to aid research and development activities. We should absolutely help our start-up community but is this the right way to do it?

Why not bring back the Small Firms Loan Guarantee scheme (SFLG)? This was a hugely successful initiative that allowed small businesses to access bank debt without having to provide security because the loan was backed by government. The scheme both supported entrepreneurial businesses and still made companies accountable; the government only provided 75% of the security on the loan. The government also didn’t have to become some kind of quasi-VC.

There are other straightforward ways to support businesses through this crisis. There has already been a duty and VAT deferment, subject to a financial hardship test, which is helpful. Why hasn’t the government considered a PAYE holiday? This would help many employers get through the short-term crisis, without having to apply for loans.

The scheme could be totally transparent: a three-month holiday and then the shortfall tagged on to subsequent payments. It’s madness that business owners must saddle themselves with five-year loans when the support could be easily delivered through PAYE. A scheme like this would serve everyone, while creating minimum fuss for HMRC. As it stands, everyone will be doing their own deal with the Revenue, causing huge amounts of complexity.

It is great that the government is willing to support businesses. I applaud the Chancellor’s response to this crisis. But I think there are better ways of offering support. There are wolves out there, and we need to stop them from savaging our economic future.