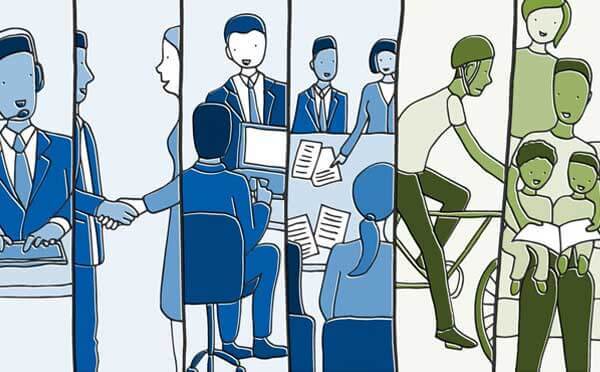 Why did human beings develop machines, computers, and – ultimately – artificial intelligence? To reduce the work that had to be completed by us. Yet here we all are, working harder than ever.

In Britain, we work longer hours than any other country in the European Union. We work two hours more than the average European – and yet our productivity lags behind many other nations. I want to take action. I want to reverse this trend, and boost productivity while slashing down the hours my people have to work.

This may sound like wishful thinking but I have a plan. Machine learning and automation are the future of BigChange. We are actively using big data to make decisions for us. If necessary, we will take out the human element completely. Our technology lets users’ book jobs on the platform but there still can be a human element. I want to retrain those people and move them into more important roles while letting a computer do it automatically.

This is just the beginning. There is a whole layer of people who can move up into more challenging roles while machines analyse all our past data to work out the outcomes and answers we need to push the business forward. This is so exciting for the business but it also means that I can pass the benefits on to my hard-working people.

They will make the same money but will be given the tools to do their jobs in four days, not five. That means more time to relax, spend with their families, and exercise. They will take fewer sick days and experience less stress. And when people come to work, they will be fresh and engaged; how many people turn up to work on a Friday and are only running at 50% productivity because they are already exhausted? Doing less for the same salary is the dream, so I believe this step will also help us to recruit the industry’s best talent.

The four-day work week is already being employed by other organisations. A string of smaller firms have made the move and now even the Wellcome Trust has announced its commitment to the four-day week.

Back in the 1930’s, the economist John Maynard Keynes predicted that we would be working just 15 hours a week by now. My plan to get to 32 hours isn’t quite there, but it is a step in the right direction.