CEO’s Blog – Am I the only one who has a problem with vaping? 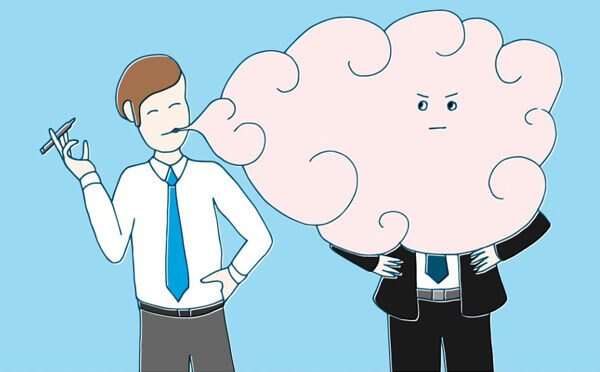 I really want my colleagues to live happy, healthy lives, and will do anything I can to help them on that journey.

At Masternaut the business I founded previously, I ran an initiative called Cash for Quitters. I offered my colleagues a cash bonus of £1,250 (and gave £1,250 to Cancer Research UK) in exchange for going smoke-free. I successfully helped 12 people give up smoking for good, which was a great achievement.

One of my Masternaut team now works with me at BigChange. He still doesn’t smoke cigarettes but he has taken up vaping. I felt this was a backwards move so I started doing some research.

Vapes have only been around for a short time. The first electronic cigarette was created by Hon Lik in Beijing in 2003. Yet, less than two decades later, the health warnings are starting to build up.

The Food and Drug Administration in the US has stated that vapes and e-cigarette are “not safe and effective in helping smokers quit”, while the Surgeon General has warned that the liquid and smoke can contain a number of toxic chemicals, including acrolein – a weed killer[1].

I worry about the members of my team that vape, and it bothers me that so many young people, who would never have started smoking, are choosing to vape because it’s seen as cool. Even children are being lured in by all the sweet flavours – some are even based on confectionery.

Beyond the health risks, vapes are really bad for productivity. It’s bad enough that smokers take regular breaks to light up, people who vape feel they can do it all the time because it’s “not as bad as smoking”, which means even more time outside, distracted from their jobs.

Some people even feel it’s acceptable to vape from their desks. The warnings about second-hand vaping emissions aren’t well publicised but studies have shown they can cause breathing and lung problems. This is absolutely not something we would tolerate at BigChange.

The NHS has recommended that smokers move over to vape, claiming that e-cigarettes are 95pc less toxic than the alternative but I worry that this will become the next big health scare of the decade.

So, at BigChange, I’m bringing back Cash for Quitters. We are ironing out the details but I’m hoping to launch in September. It’s possible to test for nicotine quite easily, so we’ll be able to check if anyone cheats. You can even buy testing kits on Amazon now… I thought I’d been successful with my mission and yet here am I, 10 years later, with a new problem to deal with.

I think it’s important that us bosses highlight this issue, and work together to keep employees smoke – and vape – free. Who’s with me?