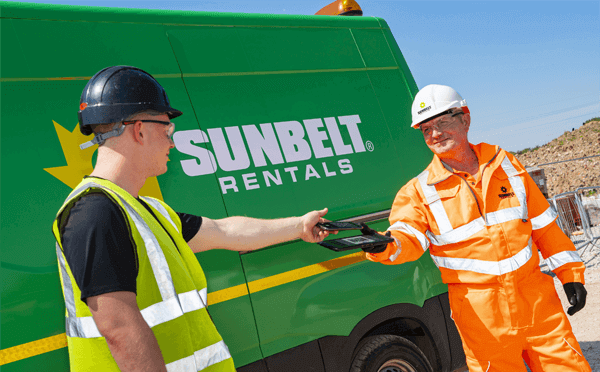 The UK’s largest rental equipment company Sunbelt Rentals has boosted productivity of its plant delivery operations by as much as 30 percent following the introduction of new technology from Leeds-based BigChange.

The first phase of the roll out of the system, internally called Logistic, was timed to coincide with a group-wide rebranding from A Plant to Sunbelt Rentals – the name of US parent company and the premiere rental equipment company in North America.

With a growing business, Sunbelt Rentals wanted to modernise the delivery operations with increased automation and the elimination of paper-based processes. There had also been a string of acquisitions resulting 18 separate businesses and a range of different and disconnected IT systems across the group.

“Following a string of acquisitions we knew we had to completely overhaul the way we operated to bring everything together. This change needed to be underpinned with a new IT system that could be implemented easily across what was a highly diverse business,”

“It soon became clear that one supplier stood out; BigChange had a proven track record in our industry and we knew the pedigree of the company – this gave us confidence that we would be investing in something that would continually evolve, be well supported and future-proofed.”

With 3500 employees in the UK, Sunbelt operates a fleet of 1100 vehicles and has 220 depots spread across the UK. The first phase of Logistic implementation saw the introduction of paperless working for equipment deliveries with Sunbelt vehicles fitted with GPS trackers dash-mounted tablet cradles. Providing navigation to site, the tablets run a BigChange-developed app for recording everything from vehicle inspections to job sheets, photographs from site and customer sign off.

Sunbelt began the implementation of Logistic in January and were due to go live at the end March just as the UK went into lockdown. Phillips explained:

“Like everyone we faced a real challenge at lockdown but we still wanted to be up and running before the summer peak season. The sudden availability of vehicles actually helped and we were able to go live just 3 weeks later than planned,”

Sunbelt has now rolled out the system across 161 depots and reached the landmark figure of 100,000 jobs using JobWatch in October. Corporately Sunbelt use a contract administration system called MCS which has been integrated with Logistic providing seamless transfer of booking for scheduling, job management and reporting in the BigChange cloud-based office software.

“In the equipment rental industry availability is key and BigChange gives us a level of visibility that we simply lacked before – we can now get equipment back much more quickly. This is boosting utilisation and we are doing over 30 percent more deliveries and collections a day”

“Our mission is to achieve operational excellence and we have embarked on a major transformational programme. BigChange technology will play an integral role to the transformation and support the growth of the business; at the same time giving us new levels of control over our operations.”